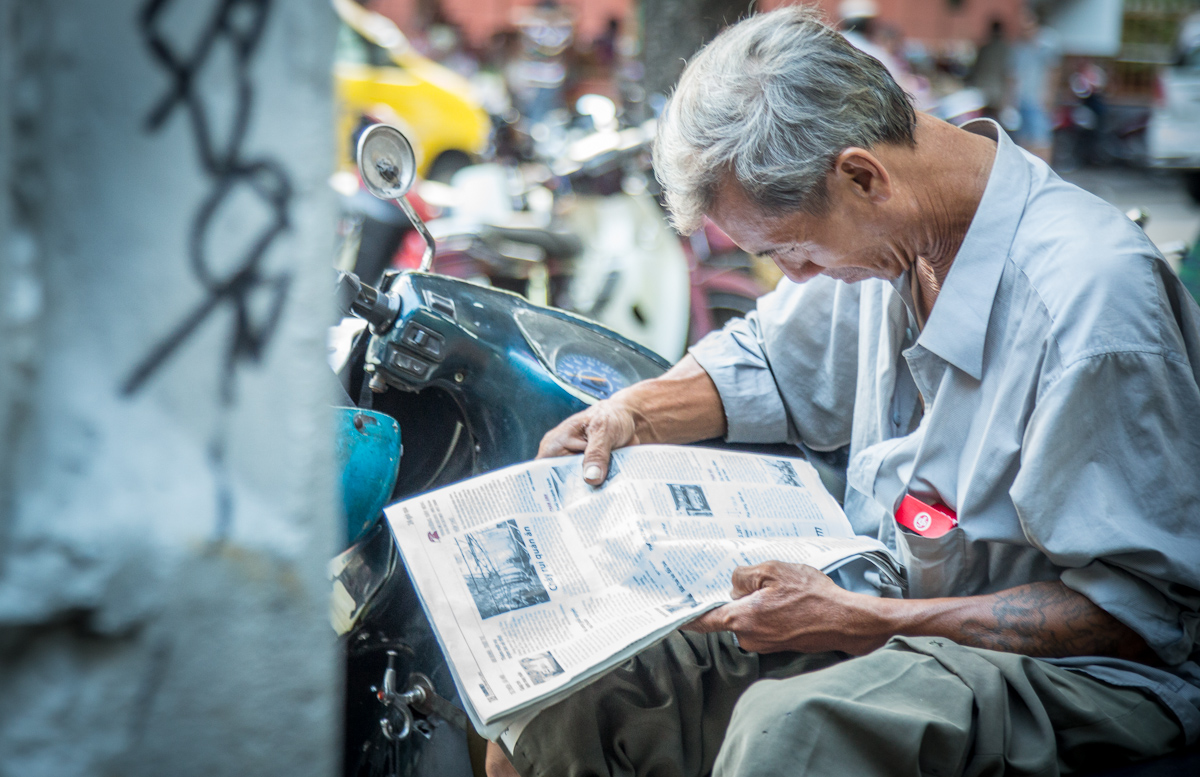 On the streets of Saigon ( Ho Chi Minh City.) Draper and I both found Ho Chi Minh city to be one of our favorite stops on the trip so far. From the moment our bus entered the city you could tell there was something different about the place. Over 5 million motor bikes weave through the city streets, like worker ants they move along stopping for no one. You literally have to keep an even pace when walking the streets as to not get hit! Perhaps the motorbikes allow for us as passers-by to get a closer look at the city and it’s people than we would if they were hidden behind cars. The people here transport nearly everything on their motorbikes- pigs, people, plants, everything! The buildings are fairly low and have a worn down texture of a place that’s seen a lot of change. From French colonization to westernization after the American War, Ho Chi Minh City has a lot of layers that we barely had enough time to explore.