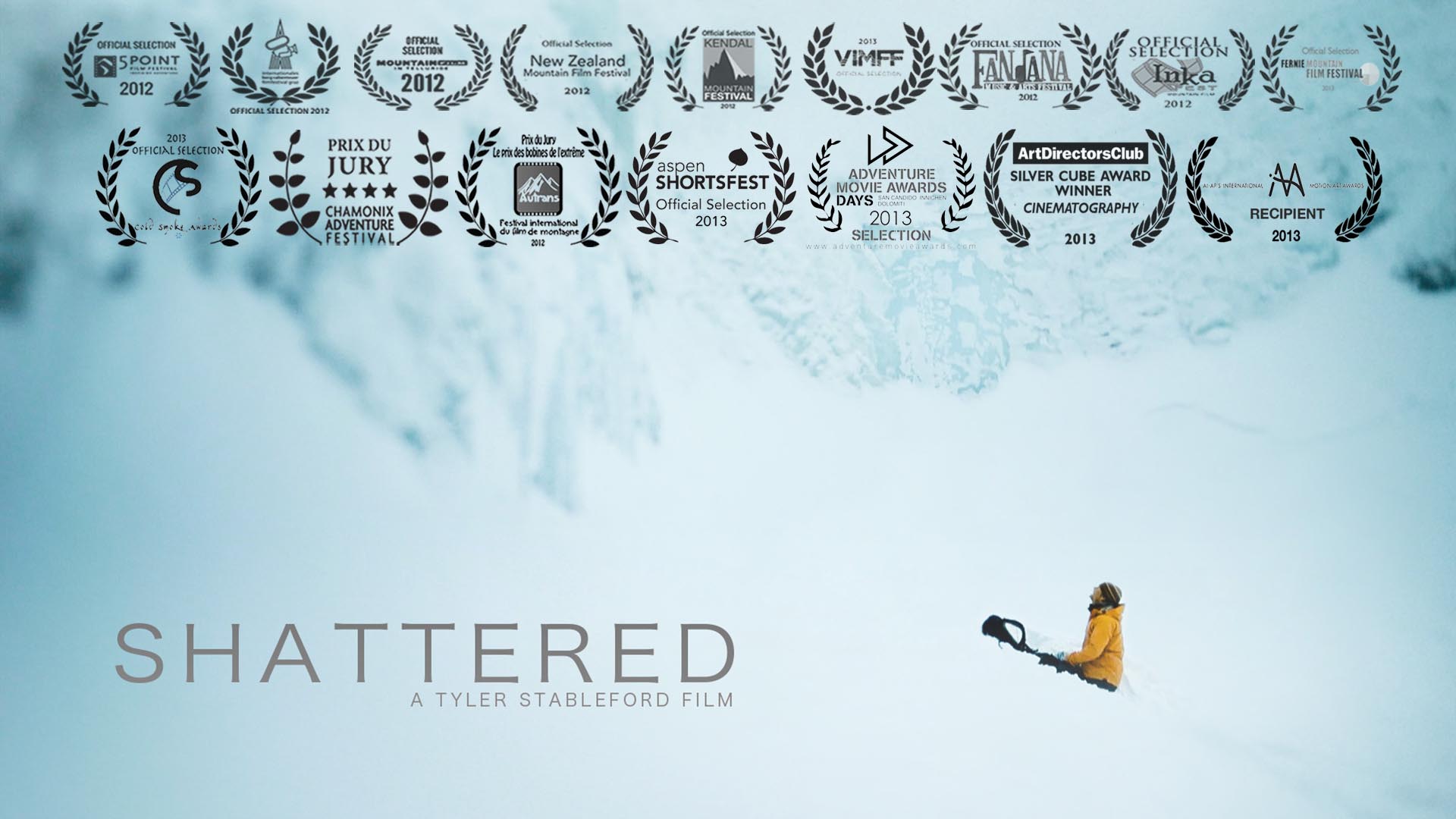 Our film, Shattered premiered last year at NAB and since then has received awards at festivals all over the world, including the Prix Du Jury at Chamonix Adventure Festival and most recently won Silver for “Best Cinematography” at the The Art Directors Club 92nd Annual Awards. Shattered has also been accepted to Aspen Shortsfest, one of North America’s premiere short film showcases. The film screens at the Shortsfest April 11th but you can view it here.

Understanding that brands gain equity not only from sponsoring a successful short film, we created unique behind the scenes web content for Canon’s Digital Learning Center. A three part series, these behind the scenes films offer more than just tutorials on the 1DX cameras but also show the labor of love that is filmmaking and invites the viewer into the process. We not only took the cameras to their limits- hanging from an ice wall in below freezing temperatures, we also took storytelling to its limits- editing the film to be as sparse as the equipment the climber Steve House used throughout his alpine career.

To provide added value to Canon, Tyler captured images of climber Steve House using the wireless Speedlite 600 EX-RT along with the EOS 1D X to showcase the camera’s new high speed sync features. Teaming up with Dentsu, these photos were then turned into print ads which ran in various photography magazines and helped strengthen Canon’s marketing efforts surrounding the EOS 1DX. The print ad led people to a Canon microsite where all of the pieces lived. As a team we created content for every touchpoint resulting in an integrated, award- winning campaign. http://www.usa.canon.com/cusa/professional/standard_display/1DX_main#tutorial/1/