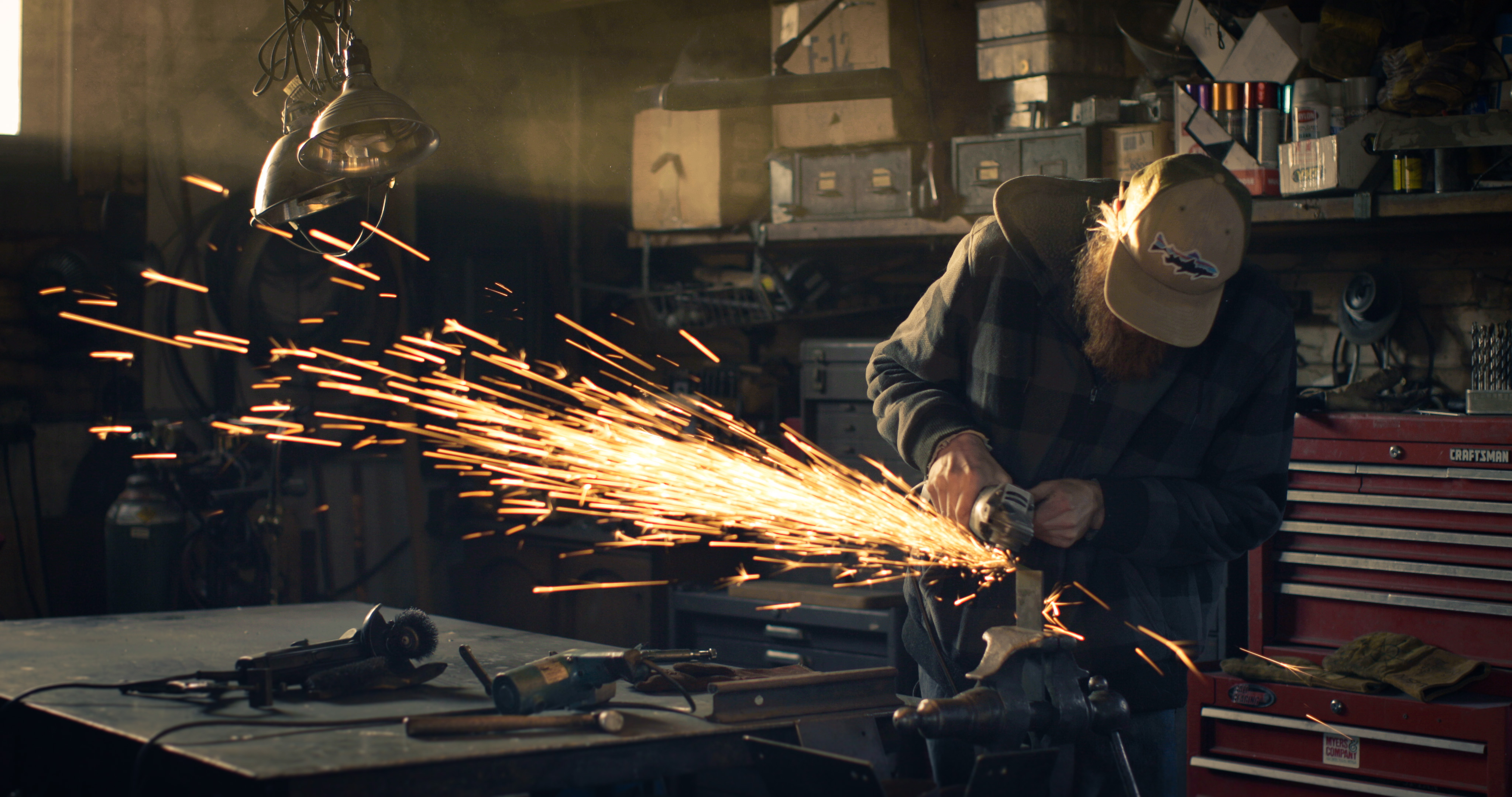 When Canon announced the 1D-C, one of the new features we were most excited to have on a DSLR rig was 60fps video at full, 1920×1080 HD. Using the 60fps at 1280×720 mode was a decent stop gap, but it was just that. It could work in a pinch or if you could sacrifice some image quality and sharpness, but it was still lacking. Once we had the 1D-C to test, we wanted to see how Canon’s first go at Full HD slow motion would be in a DSLR. Back at The Roaring Forge we had our blacksmith Tom send sparks flying for this test:

After reviewing this footage, we definitely agreed that the slowed down footage was softer than the real time footage at 24p. For our sake, we didn’t see a significant quality difference between 60p and 50p and the use of one or the other would be dependent on speed of slow down or NTSC vs PAL use. While these tests weren’t perfect (our frame shifted a bit and working quickly, we elected to shift aperture to compensate for shutter speed instead of changing ISO or adding additional lighting) they illustrated enough to see how usable the higher frame rate would be.

In addition to the footage being a bit softer, the 1D-C does not have a special record mode like the C300 to shoot 60fps down to 24fps (23.976) in camera. This means that the footage must be interpreted in Adobe Premiere Pro and set to 23.976 fps (see pictures below) or the footage must be conformed and transcoded in a program like Apple’s Cinema Tools.

Step 1: Right click on the clip, scroll down to Modify–>Interpret Footage

Step 2: Click “Assume this Frame Rate” and then enter in the frame rate of your sequence.

Either way, getting to slow motion with the 1D-C requires an extra step in Post Production, just like it did with the DSLR cameras that came before it. However, at least now the footage is already sized at 1920×1080.

While it isn’t a perfect slow motion option, it is a definite upgrade to using 1280×720 footage blown up to fit into a 1920×1080 project. In particular, for videos that are going to be compressed for the web as is, the difference between the real time footage and interpreted slow motion footage will be difficult to spot coming out of the 1D-C. This camera was never designed to be a high frame rate camera, but considering Canon has software to so special record modes like Slow or Fast Motion (like on the C300) it would have been nice to include that option in a DSLR, or at least the highest end Cinema DSLR. However, since this wasn’t a make or break reason to buy the 1D-C, we’ll look at what slow motion options the 1D-C does have as a nice bonus.