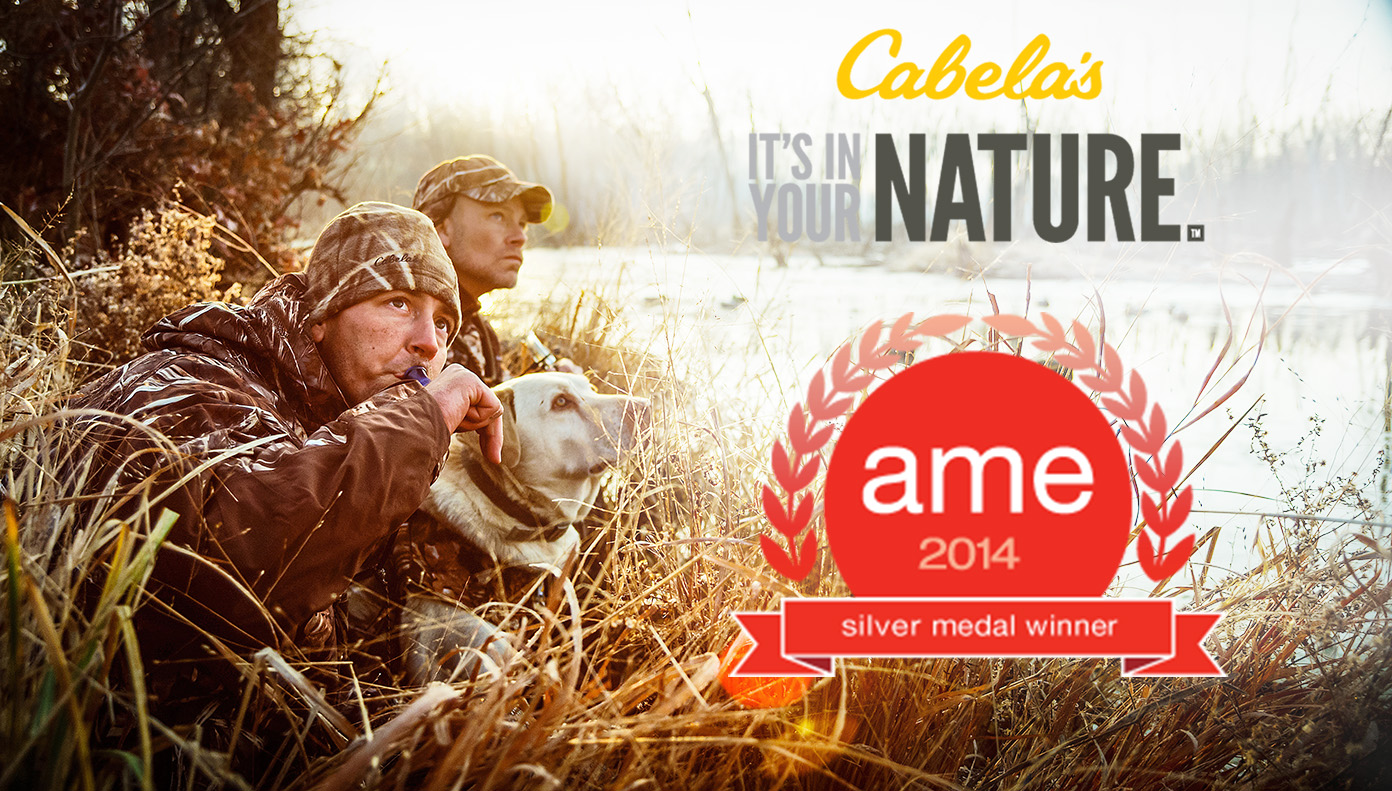 The AME Awards annually recognize the “world’s best advertising & marketing effectiveness.” The campaign took the top place in the Sports and Leisure division, and was one of only 14 U.S. campaigns to be awarded this year. To view the winning entry, see the video below or go to the winners page here.

The Cabela’s campaign has also been selected as a finalist for the Effie Awards; the winners are announced in  April. Additionally, the campaign won “Best Commercial” at both the Outdoor Channel and the Sportsman Channel awards shows this year. Huge thank you to the AME Awards for the honor!